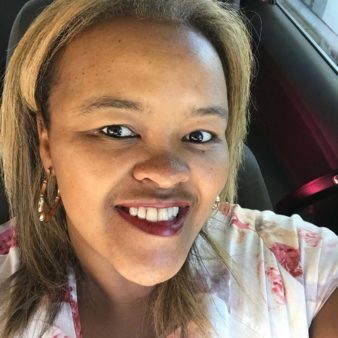 So… it all happened about a year ago when I became really ill with a fever and my entire body was in a shaking state. I was admitted immediately upon arrival at the hospital and the very next morning I was told that I have a severe kidney infection… in my mind at the time I was convinced that I would be out of there within two or three days at the most.

After two days my physician came in and told me that he had found some irregular readings on an ECG and he would like to run some further tests with other doctors. Two days later I was seen by a pulmonologist who told me I might have a condition called pulmonary hypertension. I remember thinking “What?” … and I quickly asked him to write down the name, as I knew I would not remember it. He was waiting for some scans and he would confirm… when he came back he confirmed… my head felt like it was spinning… my stomach felt twisted and I just began to cry… I could not understand why… I had a million and one questions.

My husband arrived, and I told him about this terminal and incurable disease…he cried, and he prayed for me… asking God to heal me and take this disease away. That was the longest day of my life. Three days became ten and on day 13 I was discharged. Even then I did not understand what was happening to me.

I made my way home and decided to go for more opinions and so my journey started… I saw three different specialist and various tests were done including a right heart catheterization and it was confirmed… I had pulmonary hypertension.

I was constantly ill at work and short of breath, with fainting spells etc. Not long thereafter I was medically boarded. Not only did I lose what I knew as my normal way of life, but now I also lost my job… it was way too much for me. I was depressed for a while until I realized that… I needed to be strong for my children and husband. So I started doing some research and came across Nicolene from Pulmonary Hypertension Association of South Africa, and she added me to a WhatsApp group and slowly I learnt that there are people out there going through the same thing that I was, if not worse at times. Thank you Nic for always being there for me.

It’s been over a year now and some days I still struggle to comprehend what it is that I am living with, but my faith allows me to see my future differently. It allows me to see that God can and is able to heal me. God will come through for me… that’s all I have to hold on to.

I take each day as it comes… and I live one day at a time.

It might sound weird, but this condition has taught me to appreciate life much more and to just live and not to focus on my diagnosis, but to rather focus on that which makes me happy. I am thankful for the supportive family that I have. My kids and husband have taken it all in their stride and we have done the best we can. God has blessed us, and we will continue to believe in Him for my healing. 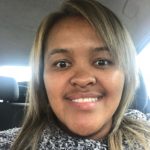