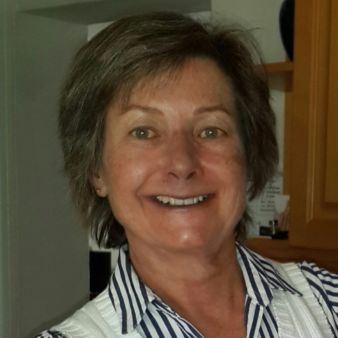 My name is Sandra Small, and I am 60 years old. I have a daughter, Shanna, who is 34, and a granddaughter who will be three years old in May.

I have always been a fairly active, health-conscious person. I have never smoked, have always eaten a reasonably healthy diet, and exercised in moderation. I love the outdoors; hiking and bird watching were some of the things I enjoyed most. Over the years we hiked all over South Africa, but my favorite one will always be the “Otter Trail” from Storms River Mouth to Nature’s Valley in the Western Cape. Not only was it my best, but also sadly my last.

I was diagnosed with pulmonary hypertension in October of 2000, after collapsing on a short hike at Suikerbos Rand near Heidelberg, Gauteng in August of the same year. At the time a lung transplant was the only solution, and life expectancy without it, or supplementary oxygen, was two to five years. I was told to stop all physical exercise.

There were no drugs for the condition available in South Africa at the time, so Wafarin (7-5mg) and oxygen (4L/minute) 18 to 20 hours per day were prescribed for me. My condition deteriorated, and I was put on a disability pension in June of 2002. In April 2003 my details were submitted to Pfizer to enable me to participate in the South Africa leg of a world-wide trial for a long acting version of Sildenafil (Viagra). There were six of us on the trial in Gauteng, South Africa. We became a family and were referred to as “The Viagra Junkies”.

The trial lasted until December of 2006 and was considered to be successful, and so the drug, registered in America under the name “Revatio”, came into being. We may not have a cure for the condition yet, but things are definitely better that they were!

With the increase in knowledge about PH it was found that a certain amount of exercise is beneficial. A physiotherapist, who specializes in pulmonary conditions gave me some exercises to do, and said that it was important to walk short distances, taking care not to over-exert myself.

I needed to find something to do to keep me busy, and was introduced to “puppy raising” for the South African Guide Dog Association. I raised a new puppy every year and through this I was helping other people who I considered less fortunate than me because they cannot see. I was privileged to ‘raise’ 10 puppies, including London, who has become part of Guide Dog Association breeding program, and has had two litters of future Guide Dog puppies so far.

I have completed four 5km 702 ‘Walk the Talk’ events, and four 5km iThemba walks to raise awareness for PH, as well as one ‘Dogs Unite’ walk in aid of the South Africa Guide Dogs Association.

In July of 2017 a second PH drug, Volibris, was approved by our Medical Control Council, and it was prescribed for me in August. Sadly, for the South African PH Community we do not have access to the large number of treatments available in places like the United States, the United Kingdom and Europe.

In October of 2017 my condition deteriorated once again, and I was hospitalized on and off from October to mid-January with multiple Pulmonary Thrombi, a Deep Vein Thrombosis in my leg, as well as swollen, painful legs for which the doctors could find no additional cause. My anti-coagulant was changed from Warfarin to Xarelto, as it was found to be more stable. Although I have recovered, I am not as robust as I was, and I tire very easily. I am now on 8L of continuous oxygen. Although I am no longer as mobile as I used to be, I have found a larger ‘portable oxygen machine’ which almost meets my needs, so I will not be discouraged by this condition.

I consider myself very fortunate as I have met some very interesting and inspiring people, who are in the same situation as me, some sadly no longer with us, and my hope is that we can be a source of strength and comfort to each other in the years to come. I will continue to set and achieve goals and raise awareness for PH through the Pulmonary Hypertension Association of South Africa of which I am a committee member, and advocate for better treatment for patients around South Africa.

Perhaps someday they will find a cure for PH, which in 2000 was a death sentence, and has now become a more manageable condition with better odds! 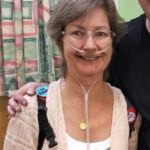 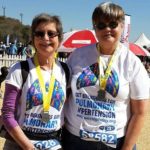 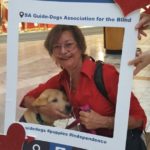 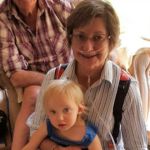