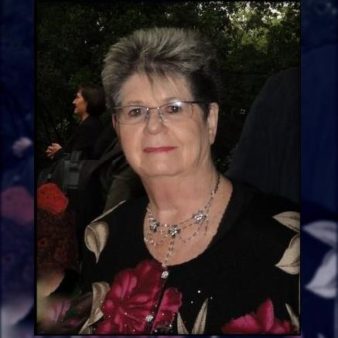 Where did all this begin, I don’t really know ~ for as long as I can remember I was a sickly frail child always down with one thing or another, always fainting for no apparent reason ~ back in the day, living on an asbestos mine in what was then Southern Rhodesia in the middle of nowhere with only one doctor, I cannot ever remember my parents taking me to the doctor because I was always fainting, it was just considered normal for me.

At age19 I moved to South Africa and got married, but sadly my health issues continued, and I became totally disillusioned with the medical profession not being able to accurately diagnose what was wrong with me. Other than say I had ME or CFS and Fibromyalgia, which in those days was the go to description or diagnosis for any condition they could not figure out, or if they thought you were faking it or malingering. I had lost four babies, not being able to carry them to full term, my hair all fell out, my kidneys failed, and I was in and out of hospital with pericarditis and meningitis.

In 1998 I was sent to a physician in Pretoria who could hardly believe the story I told him and told me I had been grossly abused by the medical profession and confirmed I had Lupus. I did not think that anyone could have been as happy as I was to be given such bad news, but finally I had a name for what was making my life so hard and I could finally try deal with it. Somehow my health issues having a real and recognized name, made it a whole lot easier to deal with!

Fast forward to 2009 or thereabouts, I was finding it very hard to get around and found myself very short of breath with almost any exertion, even eating would leave me exhausted. Eventually at the end of November 2010 I went to see a new Rheumatologist who immediately admitted me to hospital where a number of different specialists were called in to assess what was going on with me. I will never forget the Cardiologist who arrived at my bed with his portable echo machine ~ he announced that he knew what was wrong with me, he then told me I had Pulmonary Hypertension & needed a heart catheterization to confirm this. Unfortunately, neither he, nor anyone else explained to me, exactly what this was or how it should be dealt with. I was put on Revatio which almost immediately helped with my breathing. I also had a sleep study and was found to have rather bad sleep apnea and had to start using a CPap machine.

For almost a year, things were going along very well, then I started to notice that once again I was getting very short of breath. The doctor wanted to increase the dosage of my Revatio but the Medical Insurance refused, saying there was nothing to suggest that larger doses would be of any benefit, so my doctor at the time, in his wisdom, decided that I should then stop taking it, which I did.

Today I am using Oxygen at night with my CPap, pills to reduce my blood pressure and racing pulse, along with diuretics to help with water overload and Celebrex for my RA. I do my best to live as normal a life as possible and not dwell on all the things I can no longer do, but do still try to get out and about with my friends and craft buddies! 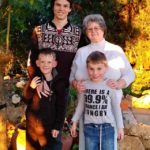